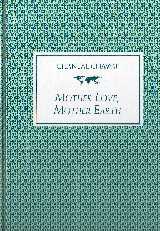 “Cornute, the milky grass spatters, sparkles, carts in its green current, hairs, feathers, seeds, nails, intertwining fins, all furrowed by the membrane, the lining, the batter, entrail wool, fertile, lunar behind the oaks, behind the chestnut trees. The debris, the mucus moisten the air, the little one moves, the child like the wailing call of an ailing adult, like the shivering of getting to bed, lank, in the fetal position, under the dome of the skull, at the site of the lesion. Nations crush each other with their jaws, like meat in their mouth. Gestures crush, break, strike, dislocate, cover with helmets, mobilize, above black clumps. Emitted by the sun, streets without water, in the abandoned reservoir, drain even the cavities whose torn organs wander. Rocks hit, whip, roll, lash, occluding sun, bullets, collide with the dead soldiers. Splinter, wither, rupture the branches. Slit of the mouth, orbit, absorbed in the pool spurted out like a beard of sweet and sticky juice thick as the childhood excreted by the grass coffins.“

"The present text is a very early novel (1974) that introduces many of Chawaf's major themes. The title Mother Love, Mother Earth unites two texts which, though separate, form a diptych, each panel of which is the recreation of the invention of experience from loosely connected bits and pieces of information. The first panel is a dysphoric text introducing many of the themes which recur in later Chawaf novels, such as cathexis between a mother and a daughter, the opposition of city and technology to nature and crafts, and the devastation of war. The other panel is a euphoric reverie set in some remote past in a space of harmony."